Jessica Wynne’s newest body of work, Do Not Erase, contemplates the meaning, emotion, and energy of symbols. Her photographs of mathematicians’ chalkboards, and the formulas scribbled and erased on them, illuminate the narrative, linguistic, and visionary elements of these representations, providing timeless meditation on the abstraction and intimacy of visual expression.

Wynne studied at the San Francisco Art Institute and Yale University before moving to New York City in 1999. She was first introduced to the beauty of chalkboards through her neighbors Amie Wilkinson and Benson Farb, mathematics professors from the University of Chicago. Intrigued by the imagery she saw on these boards, Wynne directed her focus on capturing—rather than deciphering—the meaning and beauty of these symbols. Reminiscent of Cy Twombly’s “blackboard” paintings and Brice Marden’s serpentine Letters canvases, Wynne’s blackboards illuminate the power of the whirling web of shapes, numbers, and calculations scribbled in the heat of discovery.

For Wynne, the poetic and the rational are not mutually exclusive. While the formulas on each board are communicated in highly specialized languages from abstruse subfields such as knot theory, combinatorics, and ergodic theory, Wynne’s work embraces the visual sensuality and intuitive impression of these complex calculations, linking them to the timeless lineage of artistry and writing: cave paintings, hieroglyphics, and graffiti. Mathematicians “see images first, not words. They see pictures before meaning,” Wynne observes. This relationship between image and thought is one of the primary areas of investigation for her work. It is striking that mathematicians, unlike many scientists, continue to work on chalkboards rather than computers, and Wynne’s art explores the aspects of their communication that visual artists have shared throughout time: primal, intimate, and transcendent exchange.

Each mystery unravels itself through unique formal qualities. In some of the chalkboards Wynne represents, the black expanse is riddled with Greek letters, punctuation notations, and sinuous scrawls and loops, evocative of a patterned tapestry or calligraphic scroll. Others meditate on a single, pared down shape or orderly sequence of lines. Foggy mists left behind by an eraser provide a recurrent theme throughout the series, the puffs of opaque powder testifying to the rhythmic bursts of thought and explosions of clarity. Despite the formal and intellectual diversity Wynne’s work showcases, each of her chalkboards is united through an exploration of the relationship between form and expression.

Jessica Wynne lives and works in New York City. In the fall of 2020, Princeton Press will publish the artist’s first monograph, Do Not Erase, the name of her series inspired by notes that mathematicians often leave on their blackboards. Her work is in the permanent collections of the San Francisco Museum of Modern Art and the Morgan Library in New York City, and she currently works as a professor at the Fashion Institute of Technology. 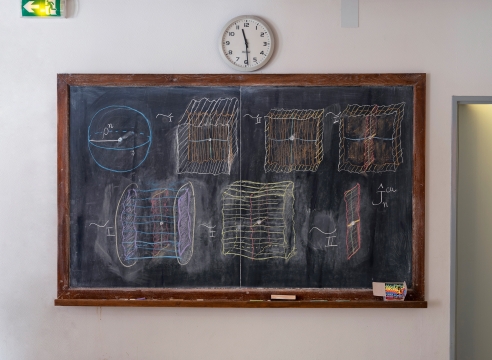 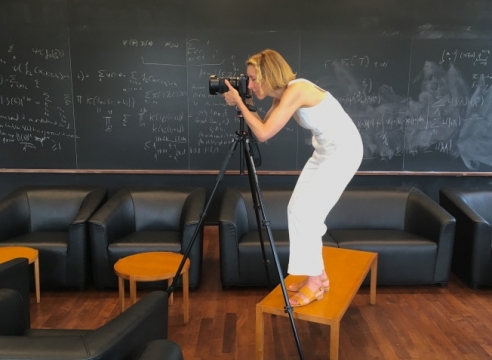 “I realized over the years that math is a very creative process,” says photographer Jessica Wynne, a tenured professor at New York City’s Fashion Institute of Technology. That realization is one of many she reached while working on her latest project: Do Not Erase, a collection of 100 photos depicting a variety of chalkboards used by mathematicians. Set to be published by Princeton University Press in the fall of 2020, the endeavor took Wynne all around the globe for a year and a half. 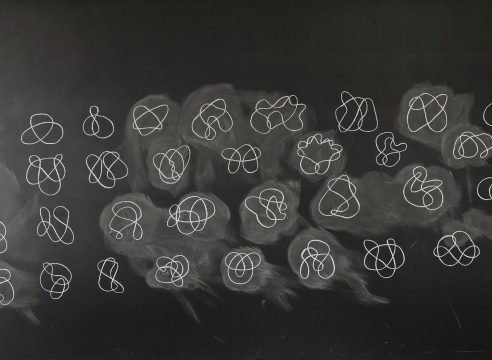 For the last year, Jessica Wynne, a photographer and professor at the Fashion Institute of Technology in New York, has been photographing mathematicians’ blackboards, finding art in the swirling gangs of symbols sketched in the heat of imagination, argument and speculation. “Do Not Erase,” a collection of these images, will be published by Princeton University Press in the fall of 2020.