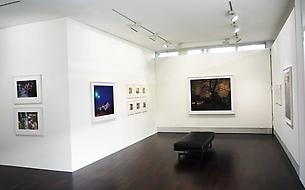 EDWYNN HOUK GALLERY is pleased to announce its expansion into Europe, with the launch of a new space in Zürich. GALERIE EDWYNN HOUK Zur Stockeregg will open on 23 September with American Pioneers of Color, a restaging of our acclaimed New York show, which traces the origins of color photography with prints by Stephen Shore, Joel Meyerowitz, and William Eggleston.

GALERIE EDWYNN HOUK Zur Stockeregg will extend the ambitious exhibition program of our New York gallery to a European audience. It will present vintage photography by leading 20th century American and European photographers, as well as showing the work of contemporary masters. The new gallery will also expand the visibility of the artists and estates that Edwynn Houk works with in New York.

Edwynn Houk has been a collector and a dealer of photography for over 30 years. The Edywnn Houk Gallery first opened in Chicago in 1980, as the primary representative for André Kertesz, Brassaï, Bill Brandt, Ilse Bing and other modernists, and it played a major role in establishing a number of significant private and public collections. Houk relocated to New York and opened the
Edwynn Houk Gallery, at 745 Fifth Avenue. Since its inception in 1997, the gallery has presented ambitious exhibitions of 20th century masters including Alfred Stieglitz, Man Ray, Lázló Moholy-Nagy, El Lissitzky, Robert Frank and Walker Evans, while simultaneously introducing the work of contemporary photographers who have since become leading participants in the field, including Sally Mann, Robert Polidori, Lynn Davis and Lalla Essaydi. Edwynn Houk had been a board member for AIPAD and is currently on the board of directors for ADAA. He is a longstanding member of the selection committee for Art Basel and Paris Photo.

The first exhibition, American Pioneers of Color, is a collection of modern and vintage prints by Stephen Shore, Joel Meyerowitz, and William Eggleston, artists who are widely acknowledged as the early masters of color photography in the United States. Their pioneering use of color in the 1970s was a bold departure from the long established tradition of black and white, which had dominated the medium from its inception, and their work laid the foundations for much photography today.