A child prodigy of photography, Stephen Shore began working with his first darkroom kit at the age of six, and when he was only fourteen, Edward Steichen acquired his photographs for the collection of the Museum of Modern Art. In his late teens, Shore met Andy Warhol and became a regular at Warhol’s factory where he documented the life and people he encountered there. At the young age of 23, Shore became the youngest living photographer to have a solo exhibition at the Metropolitan Museum of Art.

In 1973, following his exhibition at the Metropolitan, Shore embarked on a road trip across the country with the intention to document his experiences in detail using a large-format camera, marking a milestone in the history of photography. The recipient of a National Endowment for the Arts Fellowship in 1974 and a Guggenheim Fellowship in 1975, Shore continued his travels for the next six years to create the series Uncommon Places depicting what he describes as, “the built American environment." The series is highly regarded both for Shore’s innovative use of color and his approach to the 1970’s American vernacular landscape, which he captured with a detached air, an interest in formal composition, and an absence of overt commentary.

For the current exhibition, Galerie Edwynn Houk presents a selection of 15 original vintage photographs from the Uncommon Places series printed at the time of Shore’s travels in the 1970’s. Later reimagined as large-scale editions using contemporary materials and printing processes, these pristinely conserved early works demonstrate Shore’s original intention and vision through the preservation of the original paper, scale, and palette. Subsequently, each vintage print fittingly conveys an authentic atmosphere of the 1970’s, not only through Shore’s chosen imagery, but also through the object and color quality of each print.

Stephen Shore was born in New York in 1947. The artist has been the subject of numerous solo exhibitions in the United States and Europe over the past thirty years, including venues such as the Art Institute of Chicago, Aspen Art Museum, George Eastman House, New York, and the Sprengel Museum, Hannover, Germany. Shore’s photographs are also included in many notable public collections including the Museum of Modern Art, NY, Metropolitan Museum of Art, NY, Whitney Museum of American Art, NY, Library of Congress, Washington, D.C, Victoria and Albert Museum, London, and Pinakothek der Moderne, Munich. Stephen Shore is currently the Susan Weber Soros Professor in the Arts at Bard College and lives and works in New York. 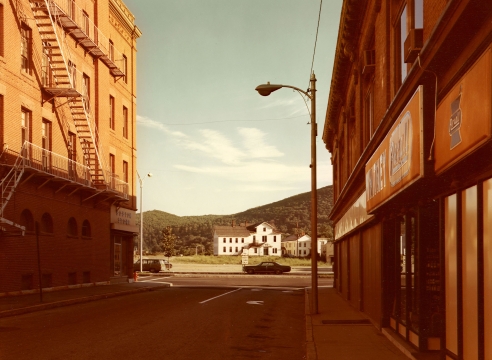 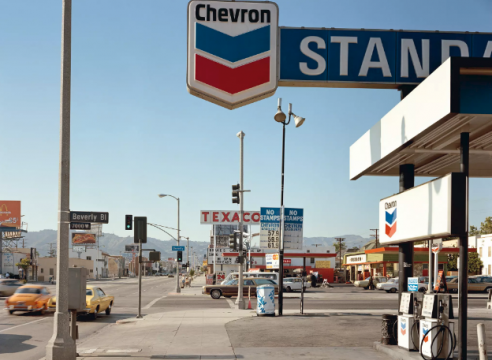 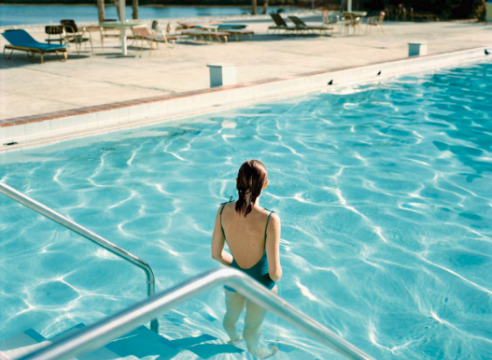 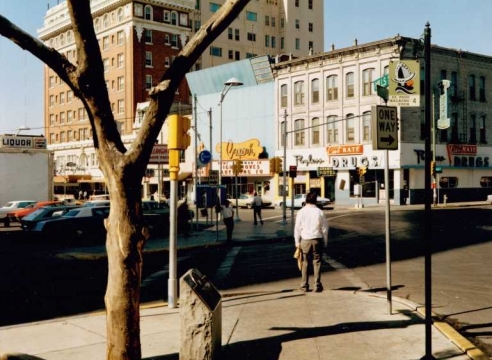 All great American photographs have one thing in common: power lines. This is not, strictly speaking, true. But it often feels true, especially when you look at street photography. Electricity tends to follow our roadways, just like documentary photographers. So power lines inevitably appear in their pictures. And the way an individual photographer confronts them can illuminate his style of seeing. You can observe Walker Evans’s mastery with the camera, for instance, in his treatment of power lines. He admitted them into photographs not, like most of us, by unhappy necessity, but with formal artistic intention. No one was better at it than he was—except for maybe Stephen Shore.