Edwynn Houk Gallery is pleased to announce the representation of Mona Kuhn on the occasion of the first solo exhibition in the US of her newest series, Acido Dorado. The exhibition of large-scale color photographs will open on Thursday, 11 September and run through Saturday, 18 October. Please join us for the opening reception and book signing of Kuhn’s newest publication, Private, with the artist on Thursday, 11 September from 6-8pm.

Mona Kuhn’s (German, b. Brazil, 1969) photographs of nudes aim to show the human body in its most natural state. Stripping away the distraction of material adornment, her subjects become timeless and free from cultural and/or generational stereotypes. A sense of comfort permeates each photograph; the subjects feel safe and at ease, allowing a genuine conveyance of emotion. She begins each series with a specific color palette in mind, followed by an emotion. Then she chooses a location, and lastly her subjects. Working intimately with a group of friends, she considers each photograph a collaboration. The subjects’ postures mirror their environments and each series flows like a lyrical ballad, opening up a dialogue about the human body’s interaction with the setting. Classically trained, Kuhn’s compositions are painterly studies, each photograph thoughtfully arranged. Each image is multi-dimensional with a careful selective focus, giving the viewer the opportunity to only enter specific areas of the frame and leaving the remainder up to the imagination. 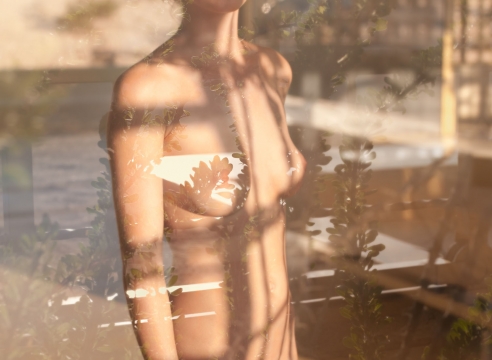 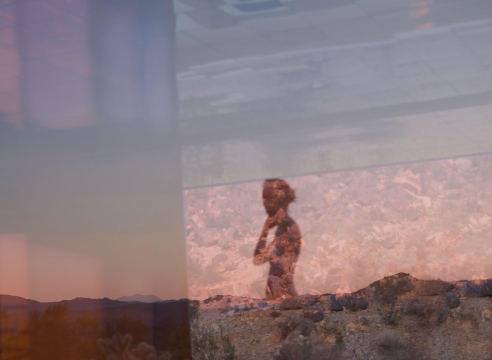 Los Angeles seems literally made of light. Most days, an unbroken blaze shines down from cloudly skies were palm trees casually sway, casting every detail of the city's surfaces in forensic focus until they eventually disintegrate into the pink-hued explosion of sunset... Mona Kuhn, a German-Brazilian transplant to the city, often works at the intersection of light and architecture. In her series, She Disappeared into Complete Silence (2014) (which draws its name from Louise Bourgeois's first monograph), the lines and shapes of an anonymous house frame images of a desert setting. A sharply angled overhang looks out toward a graph of mountain ranges and cuts a black triangle across a swath of sky. Watery reflections undulate beneath a room's blurry scaffolding, and refracted doorways lead to the arid earth outside. Mirrorlike, silverly folds and a spectral figure recur, beacons in an ominous landscape. Shot in a modernist-structure built by architect Robert Stone outside Joshua tree National Park on teh fringes of LA, Kuhn's images are mirage-like, visions borne of a thirst for otherworldliness. 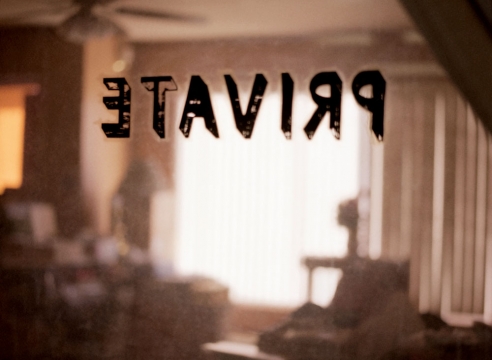 Steidl Week continues as we host artist Mona Kuhn to discuss her lifetime of work, including pieces from the yet to be realeased collection. A brief description of her future collection:

Acclaimed for her intimate nudes, Mona Kuhn takes a new direction into abstraction in her latest series, She Disappeared in Complete Silence. Photographed at a golden modernist structure on the edge of Joshua Tree National Park, architectural lines, light reflections and a single figure have been carefully balanced against the backdrop of the Californian desert. She Disappeared in Complete Silence marks Kuhn’s increasing use of techniques that appear to merge the figure, abstraction and landscape into one. 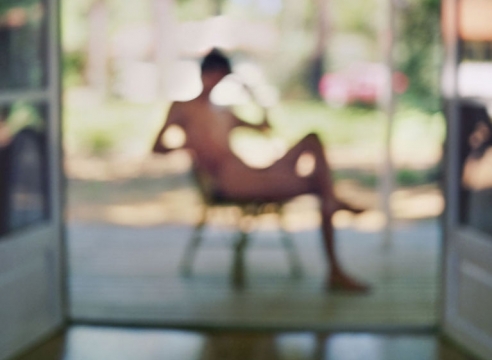 Mona Kuhn is best known for her large-scale, dream-like photographs of the human form. Her work often reference classical themes with a light and insightful touch. Kuhn’s approach to her photography is unusual in that she usually develops close relationships with her subjects, resulting in images of remarkable naturalness and intimacy, and creating the effect of people naked but comfortable in their own skin. She has recently been the judge of The Human Bodytheme for Life Framer.