Joel Meyerowitz is regarded as one of the earliest advocates of color photography. Meyerowitz (along with Stephen Shore and William Eggleston) set a precedent for future color photographers when he made a shift from classic street photography to large format “field” photographs. Bernd and Hilla Becher added this innovative work to their collection in the early 1970’s and used it to teach their students about the effective qualities of color photography. Meyerowitz is among a select few who have been instrumental in changing an attitude of resistance regarding the making and collecting of color photography to one of nearly universal acceptance. With contemporary artists such as Rineke Dykstra, Andreas Gursky and Thomas Struth (protégé of the Becher’s) graciously acknowledging the influences of their predecessors, it is an apt moment to look back and pay homage to the work of one of these trailblazing artists.

The photographs included in Modern Color, Vintage Prints are selections primarily from the mid 1970’s, when Meyerowitz had already established himself as a pioneer of the genre. In 1976 Meyerowitz transitioned from shooting exclusively with a 35mm camera (from his earlier street photography days) to an 8 by 10 inch view camera. The switch compelled him to alter his attitude to photography, forcing him to take more time and a more deliberate approach in making each image. Through this transition Meyerowitz discovered a new facet of the medium—one to which he would ultimately commit and that would come to define his career. The initial results—Modern Color, Vintage Prints—enable the twenty-first century viewer to see how truly innovative and significant Meyerowitz’s dedication and contributions are to the medium.

Joel Meyerowitz is an award-winning photographer whose work has appeared in over 350 exhibitions in museums and galleries around the world. His first book, Cape Light, is considered a classic work of color photography. He is the author of 14 other books, including Bystander: The History of Street Photography and Tuscany: Inside the Light. Meyerowitz was invited to represent the United States at the 8th Venice Biennale for Architecture with his photographs from the World Trade Center Archives. A monumental publication of the World Trade Center Archives, entitled Aftermath, will be published by Phaidon and released on September 11, 2006, the 5th Anniversary of the attack on the World Trade Center. Joel Meyerowitz is a Guggenheim fellow and a recipient of both the NEA and NEH awards. His work is included in many museum collections including; the Amon Carter Museum, Boston Museum of Fine Art, Centre Pompidou, France, International Center of Photography, New York, The Metropolitan Museum of Art, Museum of Modern Art, Stedelijk Museum, Amsterdam and The Whitney Museum of American Art amongst others. A major exhibition of 150 works representative of Meyerowitz’s transition from 35mm street photography toward a large format camera will take place at the Jeu de Paume, from 3 October through December 25, 2006. 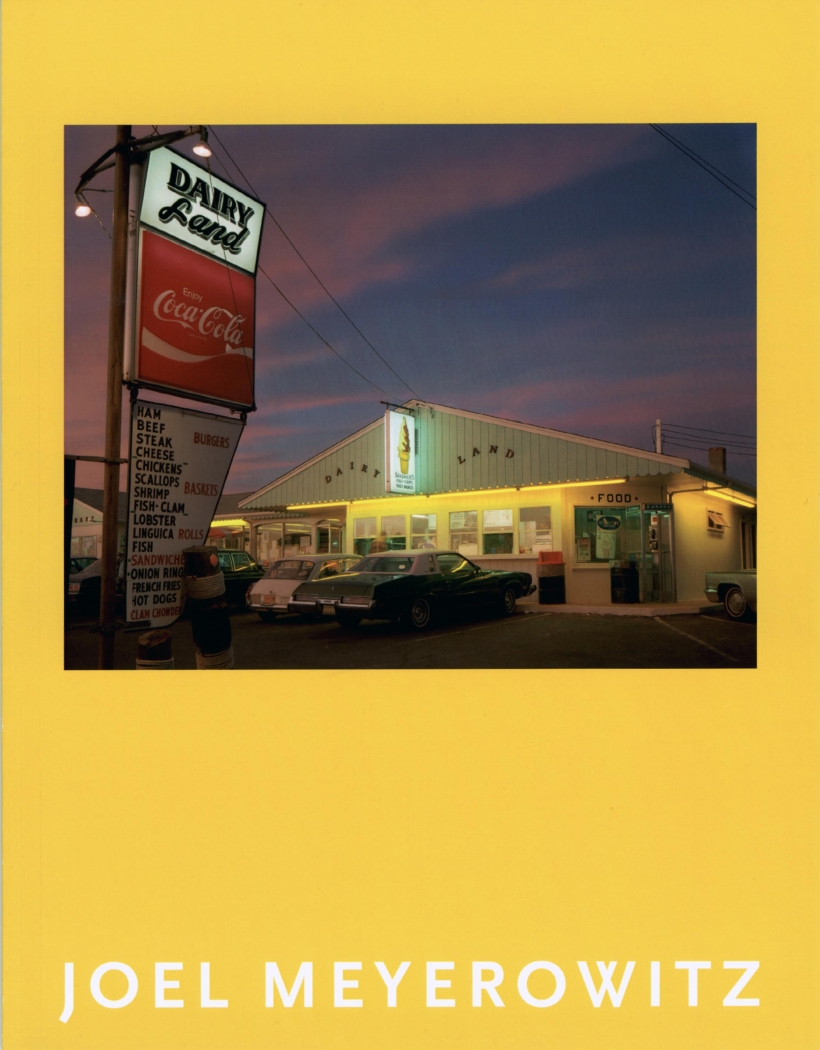