Concurrent with a major retrospective at the International Center of Photography, Elliott Erwitt: Personal Best (on through August 28, 2011), Edwynn Houk Gallery is pleased to announce an exhibition of over 20 black and white prints spanning Erwitt’s 60 year career. The exhibition will be on view at Edwynn Houk Gallery from 30 June through 19 August.

A photographer since 1948 and a member of the prestigious Magnum Photo Agency since 1953, Elliott Erwitt’s early photographs set a precedent for the genre of social landscape. His work anticipated the iconic imagery of Lee Friedlander, Garry Winogrand, Robert Frank (whose first roommate, upon arriving to the United States, was Erwitt) among others who embraced the genre. Juxtaposing natural and manmade landscapes, Erwitt’s photographs recall an awareness of how man affects his natural surroundings in blatant and ironic ways. Overtly conscious that the eye of the camera depends on four key factors—frame, perspective, focus and time—Erwitt’s camera-vision arrangements strike the viewer with their meticulous composition and simultaneous “decisive moment” precision.

Born on July 26, 1928, in Paris, France, Elliott Erwitt spent his childhood in Milan. His family returned to Paris in 1938 and immigrated to New York the following year. His interest in photography began as a teenager living in Hollywood, California. While a student at Hollywood High School, Erwitt began working in a commercial darkroom developing celebrity portraiture. In 1948, Erwitt moved to New York where he met photographers Robert Capa, Edward Steichen and Roy Stryker. As a young member of this elite photographic milieu, Erwitt’s professional career blossomed.

Elliott Erwitt is a keen observer of subjects ranging from major socio-political developments to young lovers in the midst of fledgling romance. Maintaining his pledge, “to capture things that are,” Erwitt’s photography stands as a monument to the humanist tradition taken up by Magnum and its founder, Henri Cartier-Bresson. Embodying a documentarian, and humoristic impulse, Erwitt’s photographs yield a certain wit, charm, and melancholia. Erwitt states, “Some people say my pictures are sad, some think they’re funny. Funny and sad, aren’t they really the same thing?”

Elliott Erwitt has participated in a variety of one-person exhibitions in museums and galleries around the world including: Museum of Modern Art, New York; Smithsonian, Washington D.C.; Art Institute of Chicago; Kunsthaus, Zurich; and Photokina, Cologne. Elliott Erwitt has published over 20 books including Personal Exposure (Norton and Company, 1988), Snaps (Phaidon, 2001), and Personal Best (TeNeus, 2006). 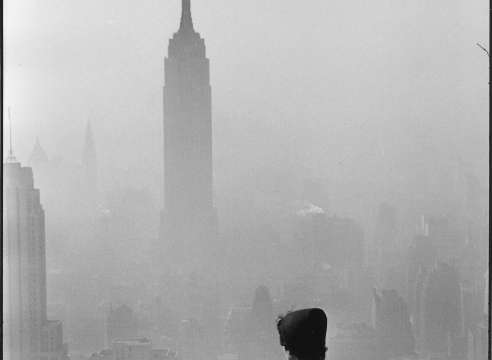