Nude (Margrethe in chair with screens), 1923

Galerie Edwynn Houk will present for the first time in our Zurich gallery a selection of prints by the American photographer, Edward Weston (1886-1958). Weston has long been considered one of the Modernist Masters of the medium, and certainly one of the most important and highly regarded photographers from the United States.

From the soft focus, more pictoralist style synonymous with his predecessors, Alfred Stieglitz and Edward Steichen, the oeuvre of Edward Weston marks the medium’s shift to the straight photograph, of images rendered in crisp detail and sharp focus. His subject matter was varied and far reaching: nudes, multiple landscapes, portraits, still lifes, as illustrated by the prints on view. Included are early nudes, exquisitely composed, of Tina Modotti and Margrethe Mather, and multifarious and indefatigable studies of everyday, commonplace objects like Excusado, 1925, and Kale Halved, 1930. Also exhibited are some of the most famous and mature nudes he took of his second wife Charis in the mid 1930s, and later landscapes, like Tomales Bay, 1937, and Eel River Ranch, 1937, that Weston took when he had secured the funding of a coveted Guggenheim Fellowship in 1937. He was the first ever photographer to do so. But it is perhaps in some of his most famous nudes, like Charis in the Doorway, 1936, or in the rich depiction of shells and vegetables, like Pepper, 1929, that one can decipher Weston’s impeccable technique and his remarkable sensitivity. Weston, in all of his photographs, relentlessly explored the dichotomy between subject and form, realism and abstraction. His career was a search for the essence of the thing itself, whether of a nude, or of a vegetable, or within a landscape.

Throughout his entire career, Weston paid acute attention to how the subject matter appeared in his viewfinder. He had to see the final picture on the glass plate in the camera before making the exposure, feeling that the “print is a duplication of all that I saw and felt through my camera.” Weston made copious notes and wrote particular instructions for how each image should be printed. These prints on view have been printed by his youngest son Cole Weston (1919-2003). Cole, a photographer in his own right, began printing his father’s pictures in the late 1940s under Edward’s close supervision, and after his death, Cole continued to print from his father’s negatives for the next twenty years. As stipulated by Edward Weston’s will, no further posthumous prints will be made.

Edward Weston was born in Chicago, and moved to California in 1921, where he opened his first studio. He had his first solo exhibition in New York at the Delphic Studios in 1930. In 1932, he was one of the co-founders, with Ansel Adams, of Group f.64. He was the subject of his first major retrospective at the Museum of Modern Art, New York, in 1946, with an accompanying monograph published to mark the occasion. His work has been the subject of numerous exhibitions and publications following his death from Parkinson’s Disease in 1958. 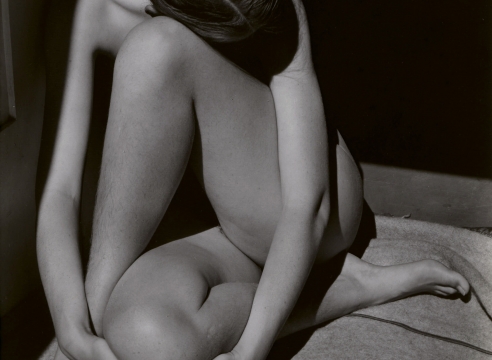